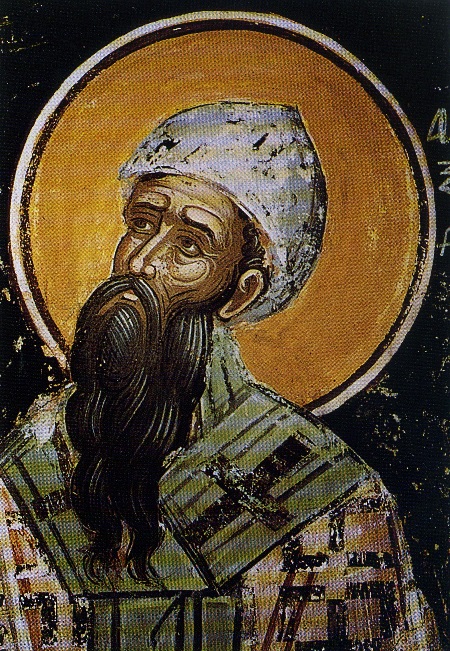 Monday 27th, St Cyril of Alexandria, bishop and doctor of the Church (370-444). Patriarch of Alexandria, fought heresy during his life time and was present at the Council of Ephesus in 431 which proclaimed Mary the Mother of God.

Tuesday 28th, St. Ireneaus lived just after the time of the apostles and knew those who had seen and talked with them. He became Bishop of Lyons. The note of moderation, the desire to win people to Christianity by love rather than by fear, was apparent in all of Ireneaus’ work.

Wednesday 29th, Ss. Peter and Paul, Apostles. On this day, considered in pagan Rome to be its foundation day, we celebrate the twin founders of the Church in Rome. St. Peter, originally called Simon, a fisherman who became leader of the Apostles and The Rock on which the Church is built, died by crucifixion in Rome around the year 64. St. Paul, Saul the Pharisee, known as the ‘Apostle of the Gentiles’, was martyred by beheading around. Both proclaim with their lives that Jesus is the Christ, the Son of the Living God.

Thursday 30th, The First Martyrs of Rome, in addition to Ss. Peter and Paul, died under Nero in the year 64.

Friday, 1st July, St. Oliver Plunkett. Ordained in Rome in 1654, he became a professor of theology from then until appointed Archbishop of Armagh in 1669. He ministered in Armagh, though forced to do so in a covert way during the suppression of priests. He was arrested and tried at Dundalk in 1679 for conspiring against the state. Moved to Newgate Prison, he was found guilty of ‘promoting the Catholic faith’. He was hanged, drawn and quartered on 1 July 1681 at Tyburn. Canonised on 12th October 1975.

This website uses cookies to improve your experience while you navigate through the website. Out of these, the cookies that are categorized as necessary are stored on your browser as they are essential for the working of basic functionalities of the website. We also use third-party cookies that help us analyze and understand how you use this website. These cookies will be stored in your browser only with your consent. You also have the option to opt-out of these cookies. But opting out of some of these cookies may affect your browsing experience.
Necessary Always Enabled

Any cookies that may not be particularly necessary for the website to function and is used specifically to collect user personal data via analytics, ads, other embedded contents are termed as non-necessary cookies. It is mandatory to procure user consent prior to running these cookies on your website.