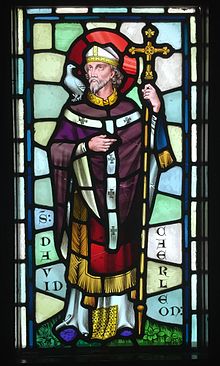 Monday, March 1st, St. David is the patron saint of Wales where he was an abbot and a bishop in the 6th century. He influenced monastic development in Ireland through his role as teacher to many Irish saints. He died in 601.

Thursday 4th, St. Casimir (1458-1484) — the patron saint of Poland. He was a young prince who chose to live a life of prayer and penance. He strove to promote peace and unity in Western Europe.

Friday, March 5th, St. Kieran of Siagir was born in Cape Clear, Co. Cork. He went to the continent where he was baptised and ordained a priest and eventually a bishop. He returned to Ireland, to his father’s territory, Ossory, where he settled as a hermit. Disciples soon joined him and Saigir became a very well-known monastery.