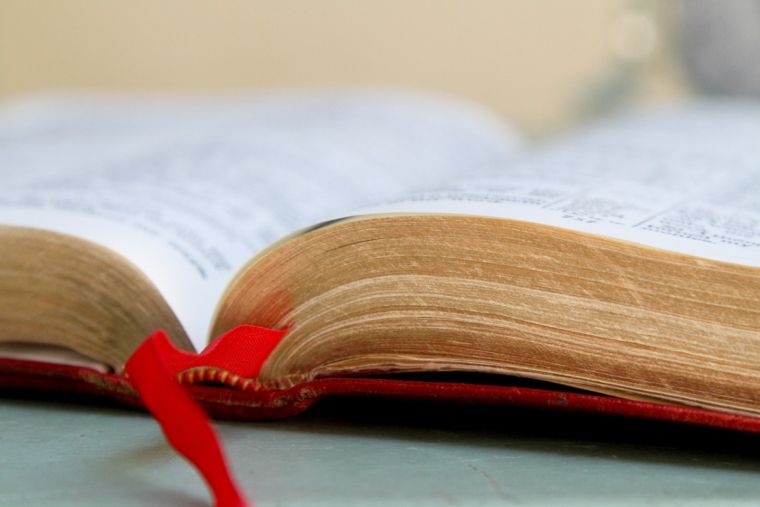 Today, the 3rd Sunday in Ordinary Time, was dedicated by Pope Francis on September 30th, 2019 to be the “Sunday of the Word of God”. Some points he makes are printed here:

7. The Bible, as sacred Scripture… speaks of Christ and proclaims him as the one who had to endure suffering and then enter into his glory (cf. v. 26). Not simply a part, but the whole of Scripture speaks of Christ. Apart from the Scriptures, his death and resurrection cannot be rightly understood. That is why one of the most ancient confessions of faith stressed that “Christ died for our sins in accordance with the Scriptures, that he was buried, that he was raised on the third day in accordance with the Scriptures, and that he appeared to Cephas” (1Cor15:3-5). Since the Scriptures everywhere speak of Christ, they enable us to believe that his death and resurrection are not myth but history, and are central to the faith of his disciples. A profound bond links sacred Scripture and the faith of believers. Since faith comes from hearing, and what is heard is based on the word of Christ (cf. Rom 10:17), believers are bound to listen attentively to the word of the Lord, both in the celebration of the liturgy and in their personal prayer and reflection.

12. When sacred Scripture is read in the light of the same Spirit by whom it was written, it remains ever new. The Old Testament is never old once it is part of the New, since all has been transformed thanks to the one Spirit who inspired it. The sacred text as a whole serves a prophetic function regarding not the future but the present of whoever is nourished by this word. Jesus himself clearly stated this at the beginning of his ministry: “Today this Scripture has been fulfilled in your hearing” (Lk 4:21). Those who draw daily nourishment from God’s word become, like Jesus, a contemporary of all those whom they encounter: they are not tempted to fall into sterile nostalgia for the past, or to dream of ethereal utopias yet to come.

15. Along our path of welcoming God’s word into our hearts, the Mother of the Lord accompanies us. She is the one who was called blessed because she believed in the fulfilment of what the Lord had spoken to her (cf. Lk 1:45). Mary’s own beatitude is prior to all the beatitudes proclaimed by Jesus about the poor and those who mourn, the meek, the peacemakers and those who are persecuted, for it is the necessary condition for every other kind of beatitude. The poor are not blessed because they are poor; they become blessed if, like Mary, they believe in the fulfilment of God’s word. A great disciple and master of sacred Scripture, Saint Augustine, once wrote: “Someone in the midst of the crowd, seized with enthusiasm, cried out: ‘Blessed is the womb that bore you’ and Jesus replied, ‘Rather, blessed are they who hear the word of God and keep it’. As if to say: My mother, whom you call blessed, is indeed blessed, because she keeps the word of God. Not because in her the Word became flesh and dwelt among us, but because she keeps that same word of God by which she was made and which, in her womb, became flesh” (Tractates on the Gospel of John, 10, 3). May the Sunday of the Word of God help his people to grow in religious and intimate familiarity with the sacred Scriptures. For as the sacred author taught of old: “This word is very near to you: it is in your mouth and in your heart for your observance” (Dt 30:14).